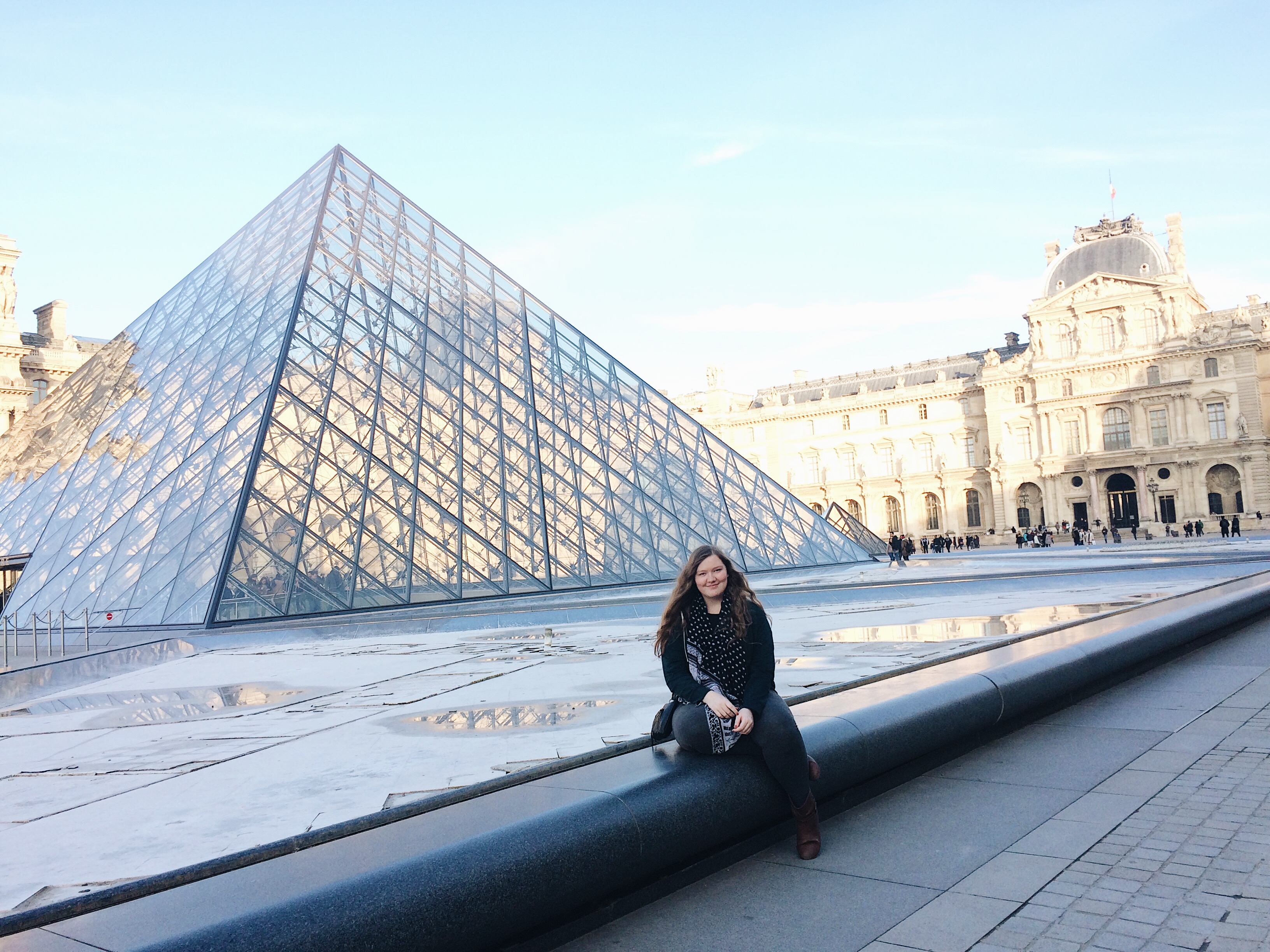 “When I walked into my first French class here on campus, I felt completely overwhelmed. I had only taken a little bit of French in high school, and was thrown into Intermediate French – it felt like way too much. Despite how much I was freaking out, Dr. Matusevich encouraged me to stick it out, and I’m so glad that she did. Over the past few years, I have gained the confidence in my language abilities to do so many things that I never imagined being able to do. I played a role in two French plays, declared a major in French, studied abroad twice – once in Quebec for five weeks, and once in France for six months, and made some pretty amazing friends along the way. The time that I spent abroad was probably the best time of my life so far, and I will cherish that for the rest of my life. I will be graduating in the Spring 2019 semester with a double major in French and Psychology, and in the next couple of years I think that I would like to try and go back to France to work as a Teaching Assistant. I never expected to gain so many amazing opportunities through the French program, but I did, and it changed my life for the better.”