The UAF French Program facilitates students learning French language, literature, and cultures (French-speaking countries included). We teach all levels. Advanced classes are taught completely in French with the goal of fluency for all students.

A growing number of UAF students are choosing French as a double major due to the career advantages knowledge of French can offer. By the time our students graduate, they are usually fluent in French.

Why Study French at UAF?

Think French is no longer a language worth learning?

This article explains why learning French is growing increasingly relevant, even today:

“French is a global powerhouse. It’s not only among the most commonly studied and spoken languages in the United States overall […], but the sixth most spoken language in world. It’s the official language of 29 countries, with roughly 300 million speakers, who could rise to 700 million by 2050, according to some demographers.

“[…] French is an official or working language around the world – from French Guiana in South America to Vanuatu in Oceania to Quebec in North America.

“Half of the world’s French speakers live in Africa. Already the second most populous area on earth, with 41% of its population under age 15, Africa will drive future development – the Chinese are investing billions there for a reason. [… Africa] contains dozens of French-speaking countries, including some projected to lead the next economic boom, like Senegal and the Ivory Coast.”

French is growing fast, growing in the fastest-growing areas of the world…

Map of the francophone world: 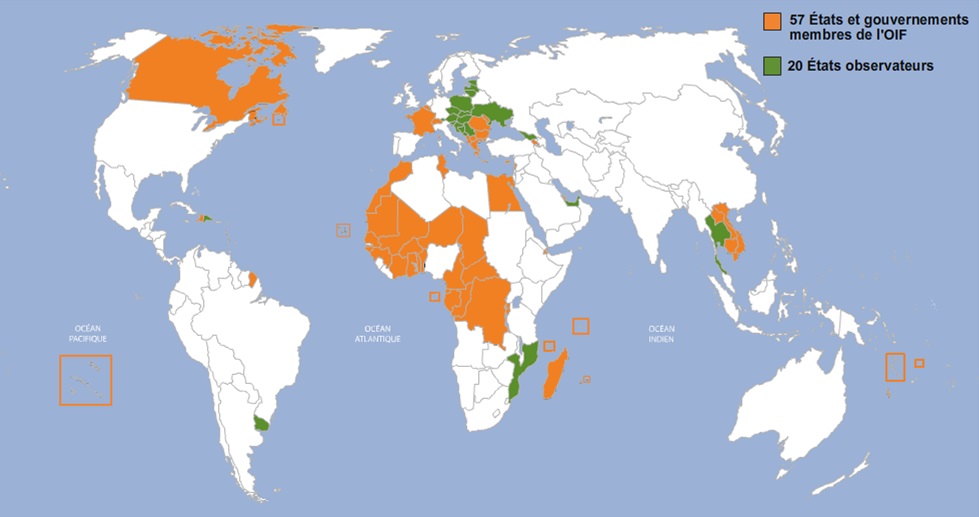 Want to visit one of these countries while earning credit toward your degree? The UAF French Program has a strong exchange programs with multiple francophone countries.

See what graduates of the UAF French Program have to say about their experiences during and since their studies at UAF. You’ll be surprised where French language skills can take you!