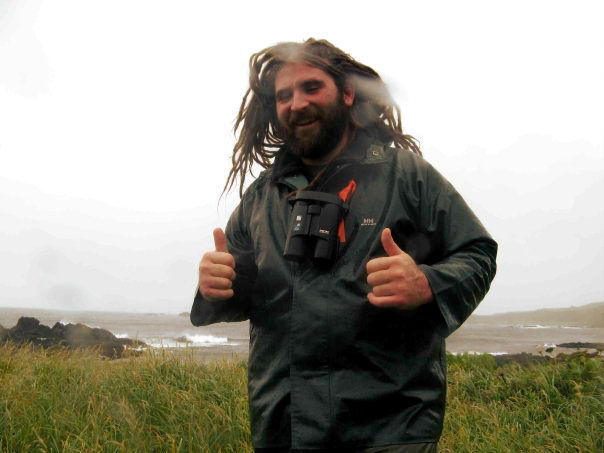 “I attended a summer language camp in Minnesota when I was about 7 or 8 years old. There were several languages to choose from and I chose French, because food was such a big part of the culture and I was hungry child. In high school I took French as my mandatory language, but what really spurred my interest several years later was a French woman. Romantic interest and the possibility of having to communicate with her family over an extended period of time drove me to learn French. What I discovered while taking classes at UAF was that I really enjoyed learning another language. I also learned that truly understanding the structure of a language, its colloquialisms, its inflections, comes from more than being proficient in grammar, syntax, and punctuation. I had to learn the culture and history that have shaped it. The romance didn’t work out but I still finished my minor in French from the University of Alaska Fairbanks. Thanks to UAF French program and the French Club I met and befriended several French exchange students.

After graduation and a summer job I decided to travel in France for part of the winter. It was an opportunity to test my skill as well as visit my French friends. I spent three months in France and I learned there is some difference between the French one learns in a classroom and the French one learns as a living breathing native speaker on the streets of France. I also learned that the French are very impressed with a foreigner that is proficient in speaking their language. I received many positive compliments on my pronunciation and grammatical structure. This proficiency was the result of the emphasis placed on pronunciation and grammatical detail while studying French at the University of Alaska, Fairbanks.

Currently I’m working on an MS in Biology with and emphasis in Botany at UAF. The background in French and its Latin roots remain relevant when reading various scientific articles, terms, as well as in plant nomenclature. I still occasionally converse in French with the friends I made in France during my travels many years ago. Learning French has definitely broadened my understanding of the history of my own language and opened the door to another culture in this world. I hope to use my skills in the future as well.”