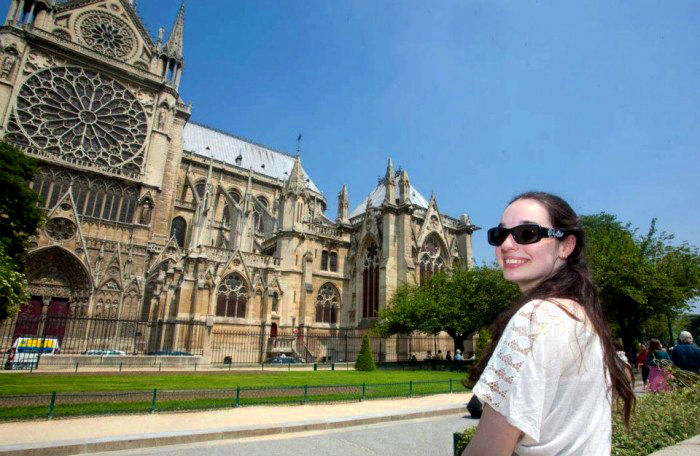 “I initially signed up for my first French UAF class just for a fun class. I enjoyed it very much and I decided to continue, ending up becoming more involved in French than I had ever anticipated. I continued enrolling in higher-level French classes because all my classes had been fun and rewarding. Professor Matusevich is especially wonderful and continually goes above and beyond to see her students succeed if they put forth the effort.

Although I had always dreamt of studying abroad in France, I realized once I was in college the programs were far too expensive for me and therefore out of the question. The Language department at UAF, however, helped my dream of living abroad come true through a different route. Professor Matusevich helped me apply for an English Assistant teaching job in France and my education from UAF qualified me for the position. After studying French for 3 years at UAF I was able to work in France, earning money and living very comfortably. I was placed in the small town of Vannes, Bretagne where I worked in a middle school for 7 months, 12 hours a week. It was wonderful, not only strengthening my language skills, but also experience another culture. I have traveled as a tourist to many parts of the world, but my time working in France was a totally new experience for me. I was able to work with other teachers, become friends with the French kids, and go about my daily chores speaking French. The job also allowed for many vacations where I was able to travel and visit other parts of France and Europe.

Learning a language is very rewarding and satisfying because the progress is very tangible. Without the Language department at UAF I would never have been able to get over to Europe. I would have had neither the skills, nor the strategy. It is wonderful that a program at UAF can provide such life changing opportunities. After graduation I got accepted in graduate school where I pursue my MA in Library Science. Being fluent in French was a plus and I am already planning on living abroad in Europe again.”