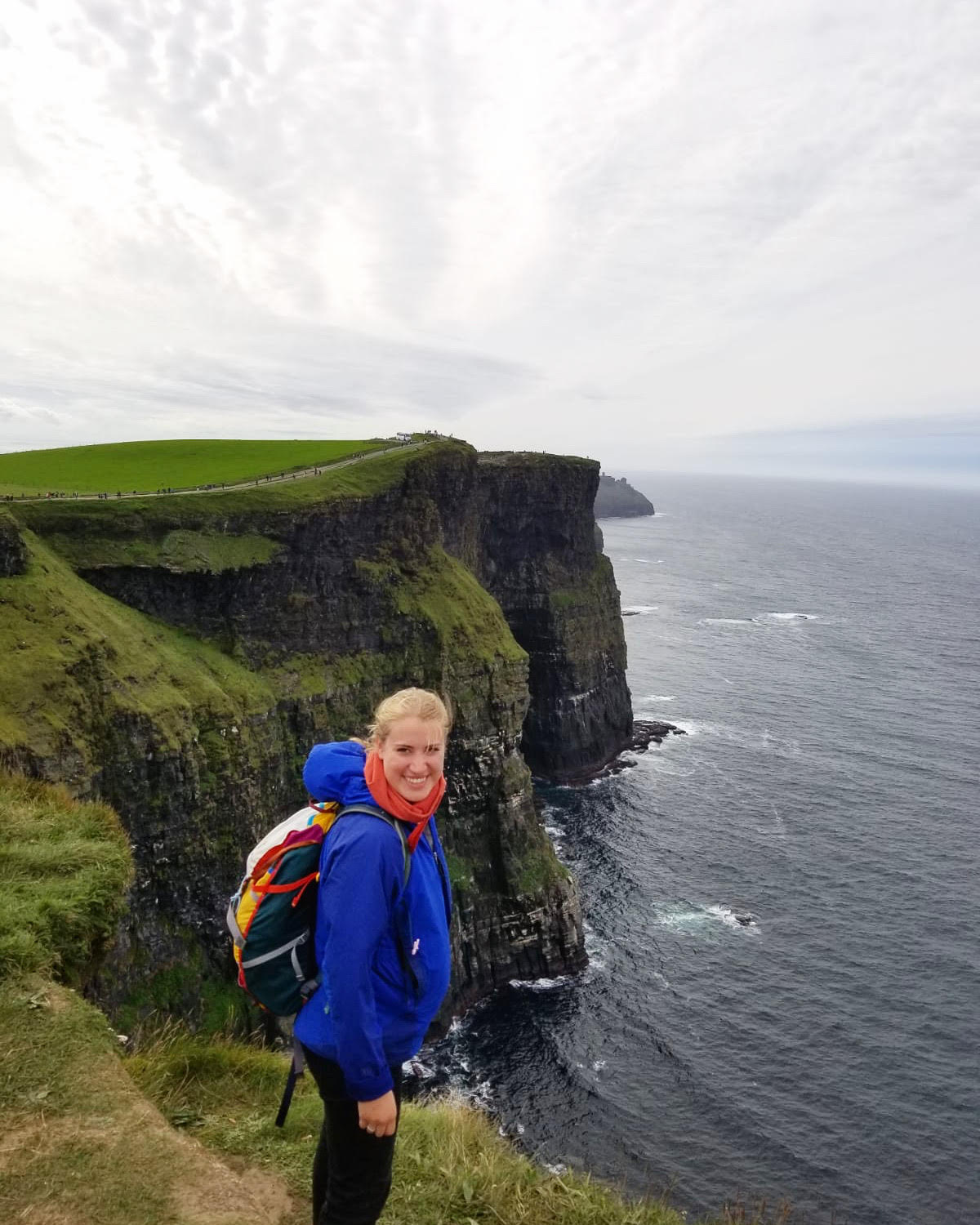 “While at UAF, I participated in the French club and was president of the club during my time there. This program was instrumental in my success as a student and in initiating my involvement on campus. My time spent with the club and in my French classes is truly some of my favorite I had at UAF.

The French program was a core reason I chose to attend UAF. I owe Professor Matusevich immensely for all that she has offered me during my time at UAF and abroad. I was selected for the summer immersion program in Quebec at the Universite Laval in 2016 which I was able to attend because of the scholarships that Professor Matusevich helped me secure. I also studied at SciencesPo Rennes in France. I would not have had the opportunity to study at these prestigious schools without her help.

My time in this program secured my desire to work internationally and learn foreign languages to aid me in achieving that goal.

Starting Fall 2021, I will be teaching in France through the TAPIF program. I am hoping to pursue a Masters in Climate Change Science and Policy in a French Speaking country. It is my aspiration to work on the international level promoting, initiating, and implementing climate policy and action.

After graduating in December of 2020, I spoke at the internationally attended National Council for Science and the Environment Drawdown Conference 2021 where I presented on The Development of Alaskan Climate Policy along with my research team led by Dr. Amy Lovecraft at the Center for Arctic Policy at UAF. This research was published by the Center for Arctic Policy in March of 2021 and titled ‘Alaska’s Climate Change Policy Development.'”